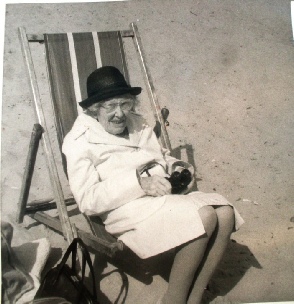 Iam looking for any information of Mary Frances Tunnicliffe from Bournemouth (latest 1977).

In 2017 I want to lay down some flowers onto her grave.

My name is Gerd von Seggern of Ganderkesee near Bremen. I want to look into the past.

My father Heinz-Oscar von Seggern was in England as a young boy, caused with safety-reasons to the Naziregime. He lived in a privat hostage of Mr. and Mrs. Tunnicliffe.

- In 1974 she lived at Cottonwood Hotel East Cliff

- In 1976 an 1977 my father and me visited this lady, at that time she lived at Durley-Dean-Hotel Bournemouth.

- I mean, she died at Boscombe Hospital (unsure).

One year later my father died with 54 with lungs-cancer. Some years later in the 80th I visited England again, but I cant find a track about Mrs. Tunnicliffe.

Could you help me to find more out about Mrs. Tunnicliffe ?.

Can any nearby church give an information ?

Thank you very much for helping,

At Bournemouth Crematorium a May Tunnicliffe was listened.

This is not the one for whom  I am looking for: